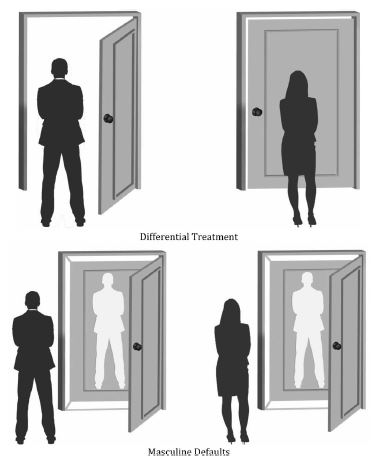 Women are underrepresented in fields and occupations where men are in the majority. A major explanation for this lies in 'masculine defaults'. This is a form of gender bias in which characteristics and behaviors typically associated with men are rewarded and considered standard practice. Examples include independent, assertive and competitive. Although organizations seem to be increasingly aware of gender bias, gender equality will not be achieved if stereotypically male characteristics and behaviors continue to be favored in the workplace. Gender equality efforts will be more effective when 'masculine defaults' are recognized, acknowledged and countered. Read the full paper here.

The future of women in psychological science - a systematic review 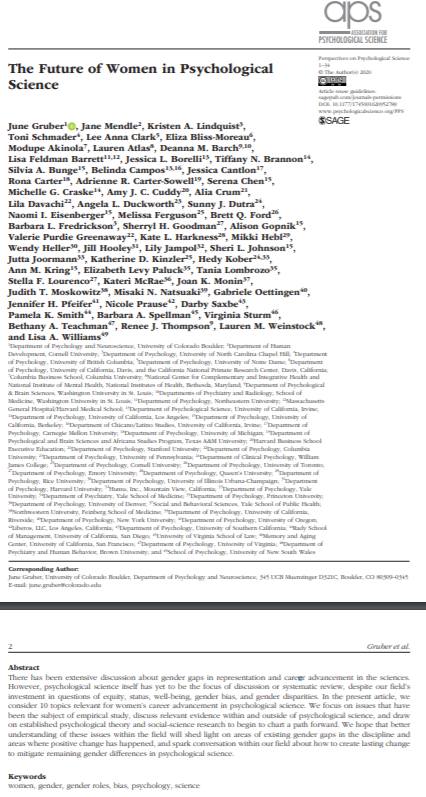 The authors of this systematic review discuss empirical evidence regarding gender equality in psychological science. Compared to other STEM fields, psychology - as a discipline - has made significant progress toward gender equality. However, there are still notable gender gaps in productivity and other ratings of eminence. The factors that contribute to these gaps are discussed, along with the current evidence-based approaches that may help advance women in psychological science. Read the full paper here. 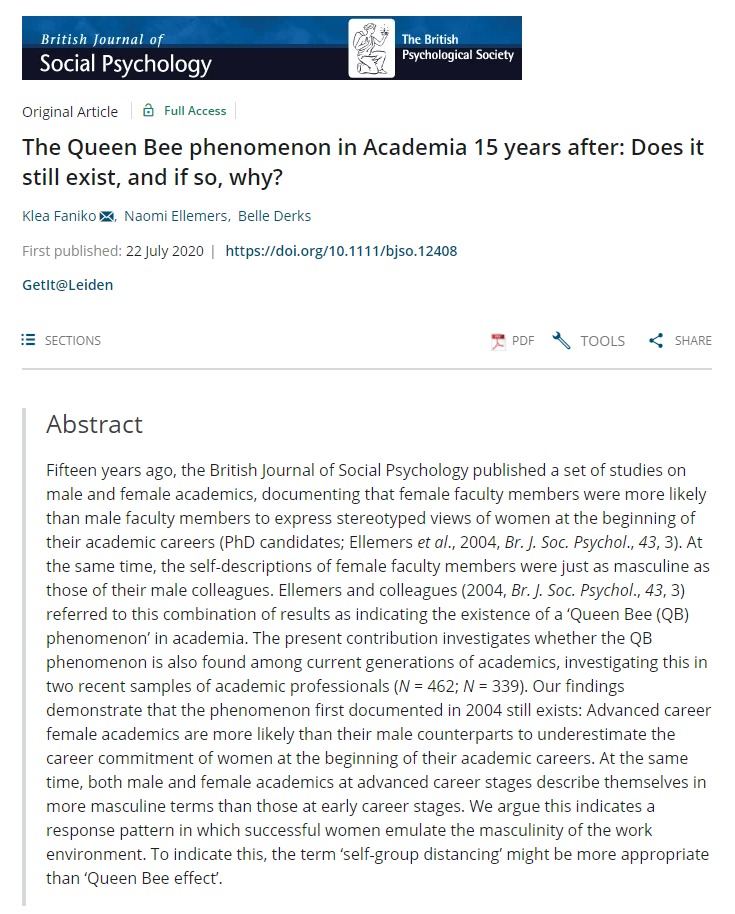 In a study among 800 academics, Naomi Ellemers and her colleagues found that female professors underestimate the career ambitions of their female PhD students. At the same time, they describe themselves as extremely masculine. Fifteen years ago, the researchers observed the same pattern, calling it the Queen Bee effect. Despite the rise of women in academia, female professors still tend to emphasize that they are different from other women. The results of the broader research program show that this is because the picture of academic success is still very masculine, despite the increase in the number of women at university.

Men more likely than women to be seen as brilliant 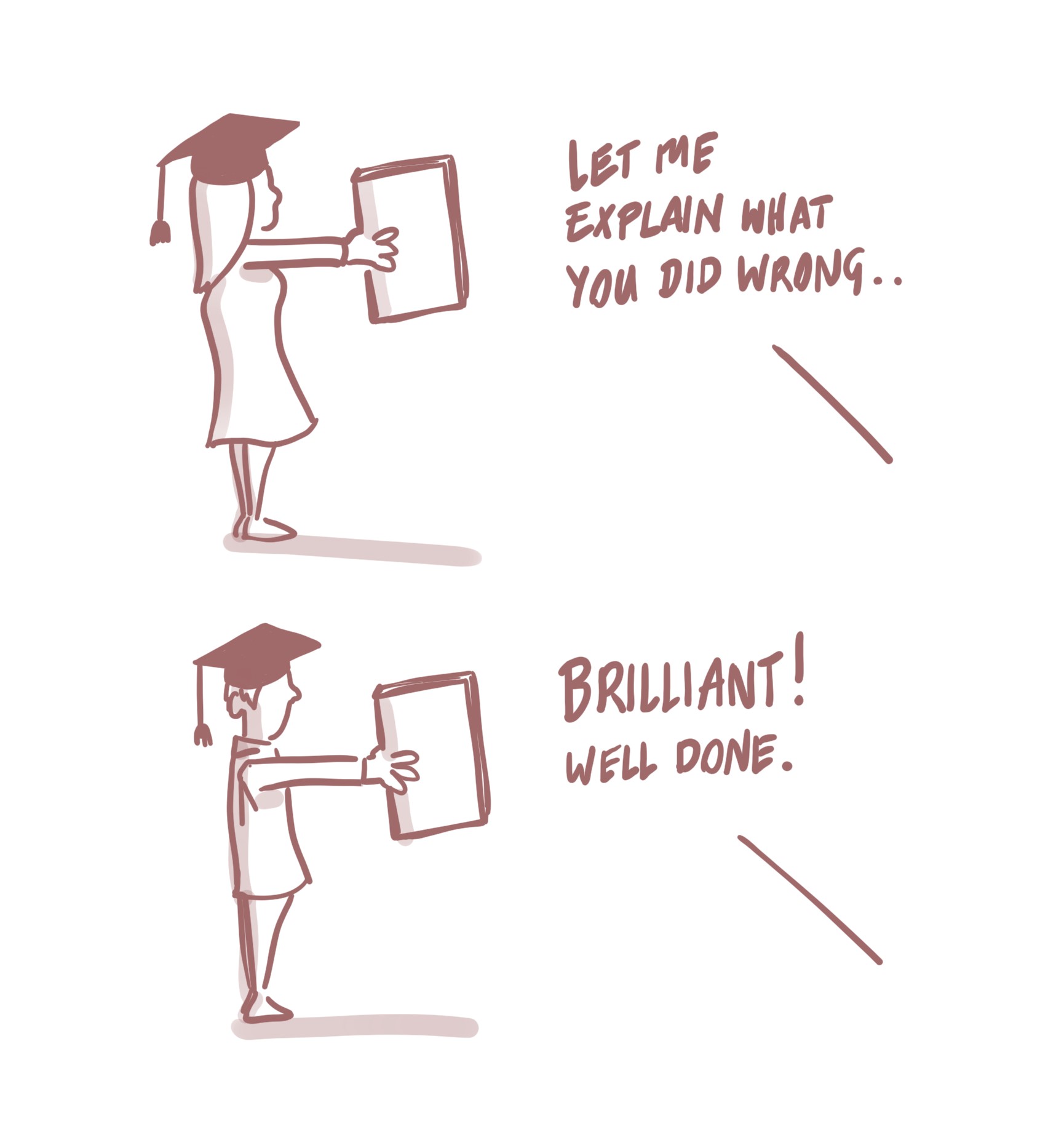 A series of five studies among both adults and children show that brilliance is automatically more associated with men than women in people's minds. Although people explicitly stated they do not believe that men are more brilliant than women, traits such as genius, brilliant and super-smart were implicitly more consistently linked to men than women.

For a clear explanation of how the widespread stereotype that brilliance is a characteristic of men holds back the career development of women, see the following article in Forbes here.

In the absence of information, men are often seen as breadwinners and women as caregivers. These assumptions have an impact on the employment conditions that are offered and contribute to a pay gap between male and female candidates. However, as soon as explicit information is given about roles and tasks in the family, this difference disappears or even turns around. Read the full article here.

When female candidates present themselves as fit for a leadership role (e.g. by demonstrating their competence and ambition), they risk social and economic penalties. Evaluators disadvantage qualified female candidates by modifying the criteria used for judgment away from competence to overemphasize interpersonal skills. For the full article, click here.

Women are held to higher standards

Several studies have shown that women have to meet more / higher criteria to be judged as very competent and possessing leadership ability than men. Once women have obtained a position of leadership, their qualifications are rated as less, even if they have performed the same as men. These two forms of prejudice stem from a perceived contradiction between typical female traits (e.g. caring and helpful) and leadership traits (e.g. assertive and independent). For more background information read the entire article here.

Creativity is associated with masculinity

Creative thinking is one of the conditions that enables researchers to conduct innovative scientific research and is often seen as a criterium to evaluate the quality of researchers. Based on a serie of five studies, the ability to think creative (‘outside-the-box’) is found to be systematically more associated with men than with women. 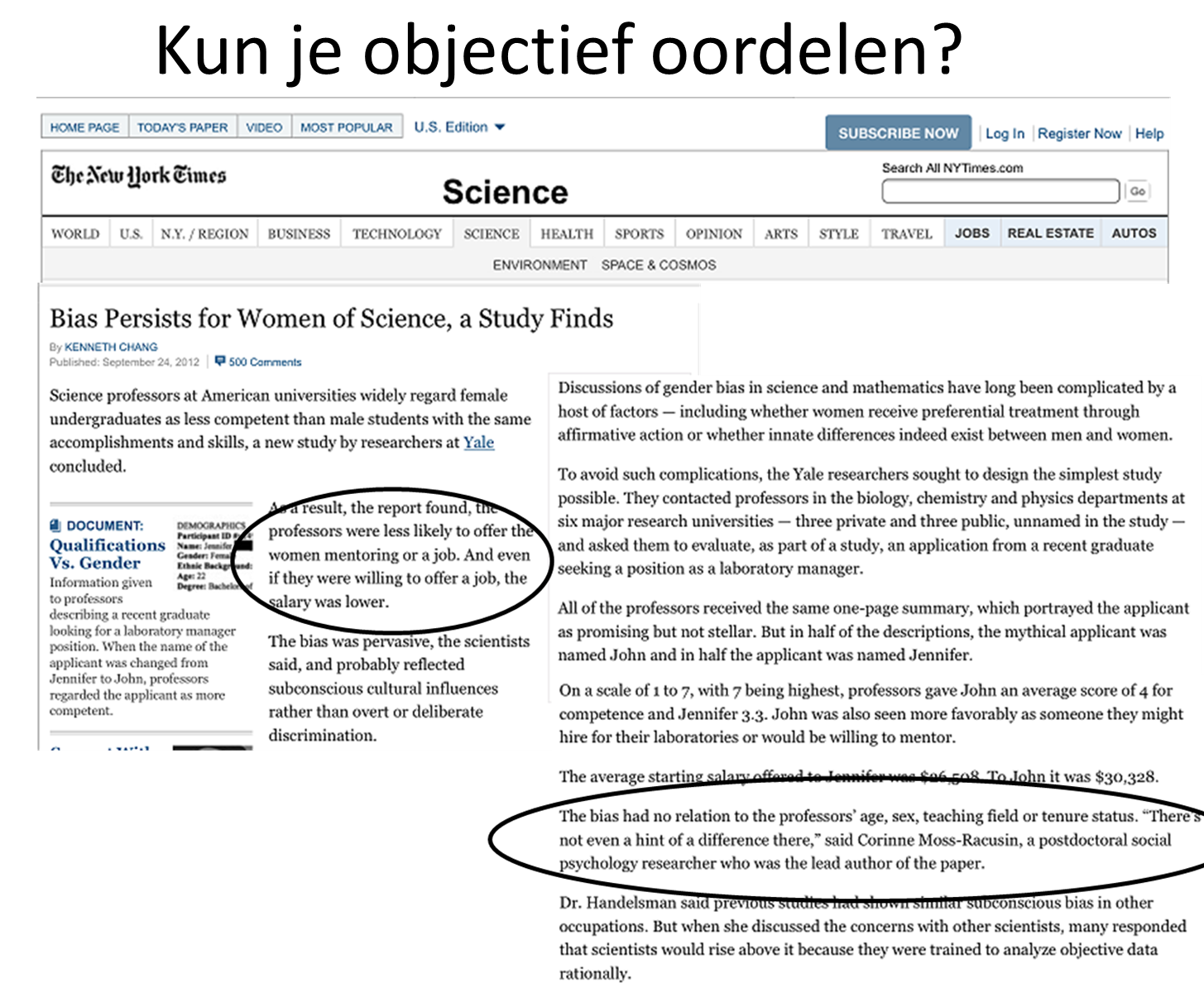 Women are seen as less talented than men

People associate women with family and men with career