Difference between speaking times of women and men 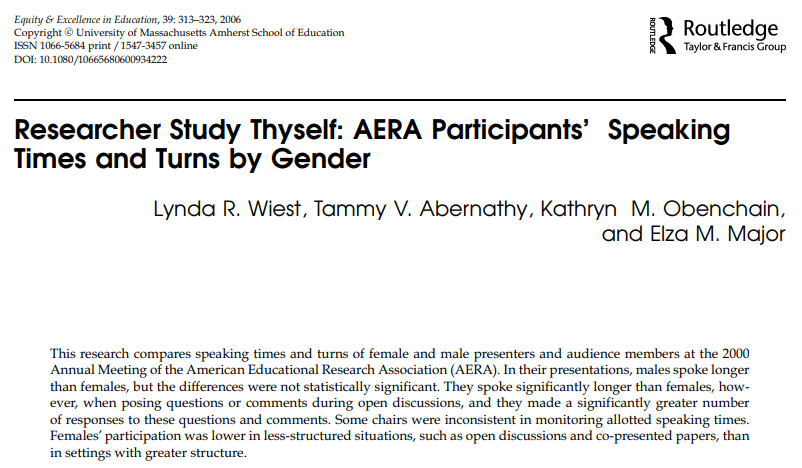 This research compares speaking times and turns of female and male presenters and audience members at an annual researchers meeting. Results showed that men spoke longer than women during the open discussion, both when asking questions or posing comments. Also, men more often than women continued speaking even when they knew their allotted time was up. Read the full article including the implications and recommendations based on these results here.