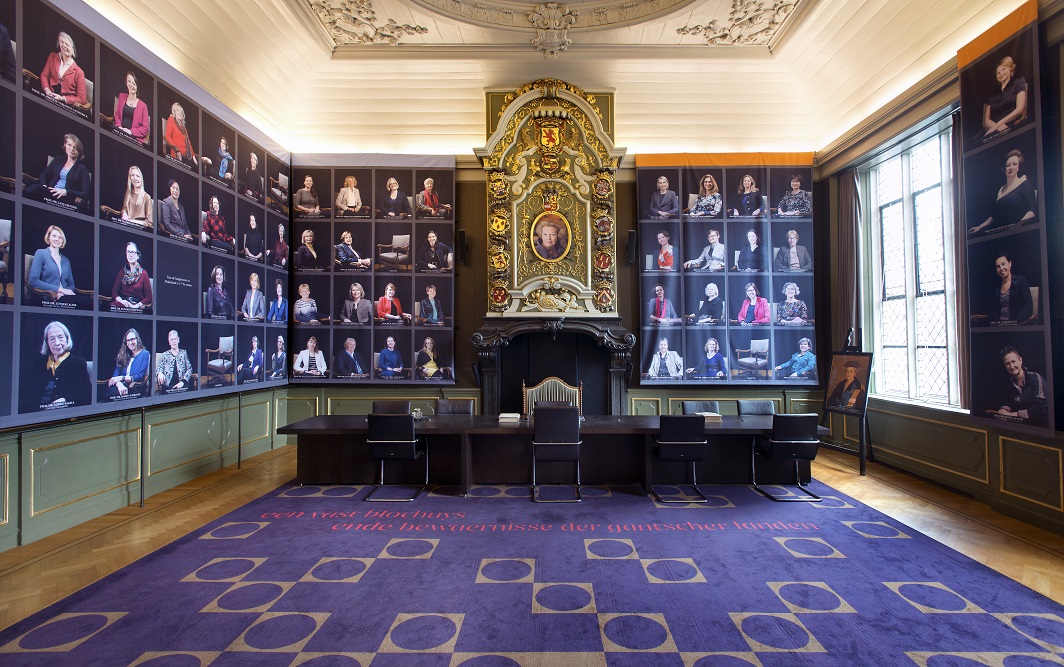 Fourteen women professors are to be given a place in the classic portrait gallery in Leiden University’s Senate Chamber. The portraits will be unveiled on March 8– International Women’s Day – by former Minister of Education, Culture and Science Jet Bussemaker and Rector Magnificus Carel Stolker.

On March 8, the Angels will present a unique project in Leiden University's Senate Chamber: on the walls that, traditionally, contained 117 portraits of men and only 1 of a woman, there are now 99 portraits female professors.

With this action, the Angels demand attention for the desirable, more inclusive image of science and scientists with room for both men and women.

There are portraits of eminent academics in almost all university buildings, meant to show the academic merits of the institution and its prominent professors, and to inspire new generations of academics. These portraits are almost exclusively of (dead) white men.

We understand that the academic world wants to showcase its most famous and most celebrated figureheads. However, one should wonder if too strong a focus on a past in which there was simply no opportunity for women does not discourage people who do not fit the stereotype of the white male academic from pursuing an academic career

The Senate Chamber project shows how remarkable it is, and should be, when there is such a large imbalance. Eventually, we are aiming for a situation where there is room for everyone!

Look here for a selection of media reports about this campaign: