NWO chairman Marcel Levi's column in Saturday 12 November's Parool generated many reactions in which disbelief and dismay predominated. In his column, Levi argues that the term 'safety' is being used all too casually by everyone 'who does not get their way for a moment', as a result of which the term 'threatens to degenerate into a flat death-knell without any meaning'.
In academia, reactions dominated in which disbelief and dismay prevailed. For instance, Landelijk Netwerk Vrouwelijke Hoogleraar stated on Twitter that "the column is extremely counterproductive at a time when we are moving towards lowering reporting thresholds" and PromovendiNetwerkNL let it be known that it considered the column a tone-deaf piece. In its response, the NWO board says it distances itself from the piece. The board wants to stress that it considers social safety in academia an important issue that will receive a lot of attention in the coming years. Read the article of NWO here. 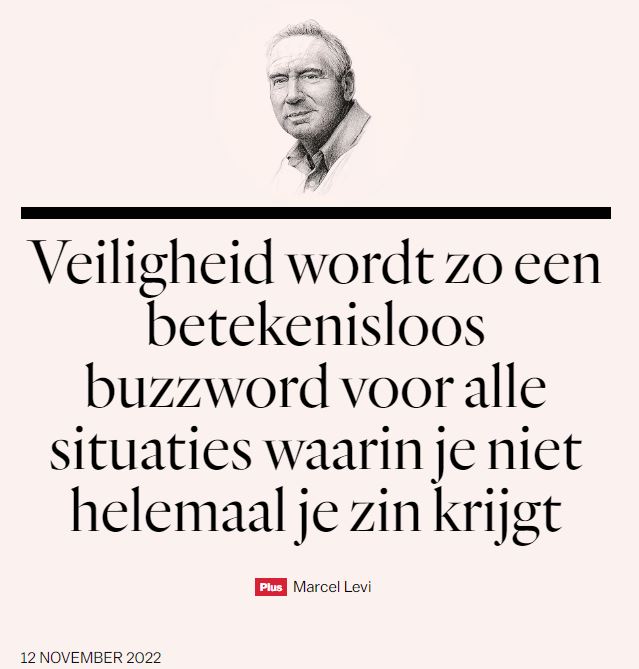