Although the proportion of female professors has increased in recent decades, the proportion of female winners of international prizes still lags behind. This is according to an analysis of 141 top science prizes awarded over the past two decades. The findings show a narrowing but persistent gender gap and "send a signal to institutions awarding prestigious science prizes to do more for diversity".

According to researcher Lokman Meho, the gap is due to implicit bias combined with insufficient measures to address inequities in science.

Read more about this research here . 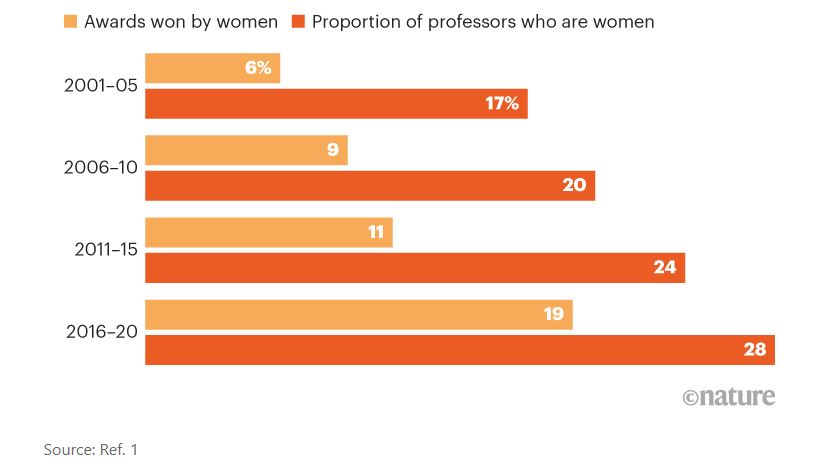