Standing up against intimidation of (female) scientists

In an open letter to the university community that has been signed by more than a hundred EUR leaders, Chief Diversity Officer Semiha Denktaş (Professor of ESSB), Liesbeth Noordegraaf-Eelens (Professor of ESPhil) and Ginie Servant-Miklos (Senior Lecturer EUC) call for a stand against deliberate attacks on individuals within the university. "We support constructive criticism and encourage discussion on matters of content, but we condemn wanton attacks on persons within the university, and female scientists in particular."

Watch the documentary Picture a scientist, which documents harassment issues faced by women in science today.

Read more about harassment of women scientists, the context in which women are marginalized in debates and the problematic process of essentialisation here. 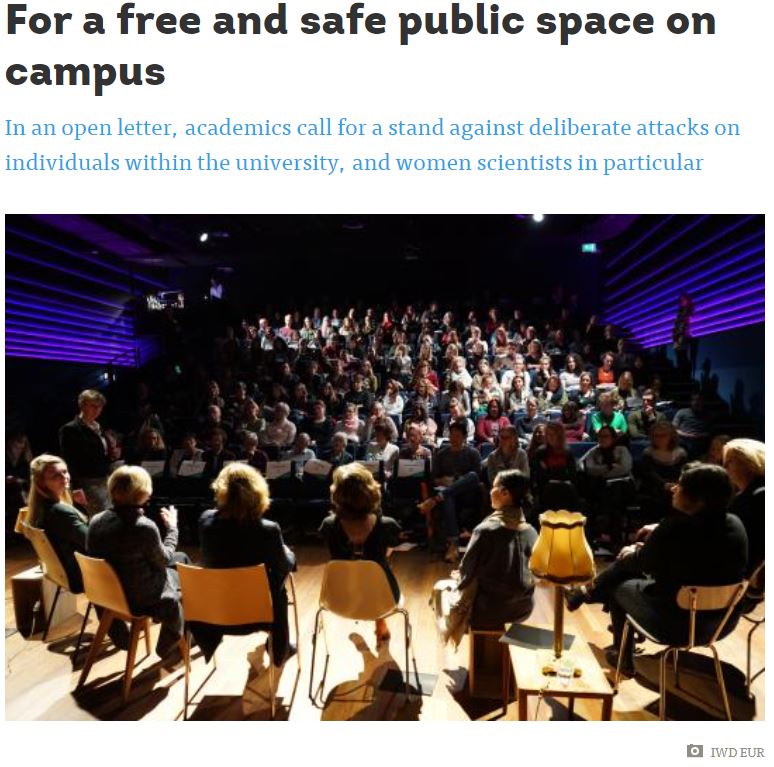