As far as is known, Laura Bassi was the first female professor in Europe. It took - and still takes - a lot for a woman to gain a place in the natural sciences. In 1732 Bassi received her doctorate in natural sciences and joined the Academy of Sciences in Bologna. At that time, not all the learned gentlemen agreed, and despite the special chair that had been established for her, the University of Bologna only allowed her to appear on special occasions. To be able to teach (male) students and colleagues with impunity as a married woman, she conducted her research and teaching programme from home.

Also read the stories of other overlooked important female scientists in the NRC's 'Unrecognized' section here. 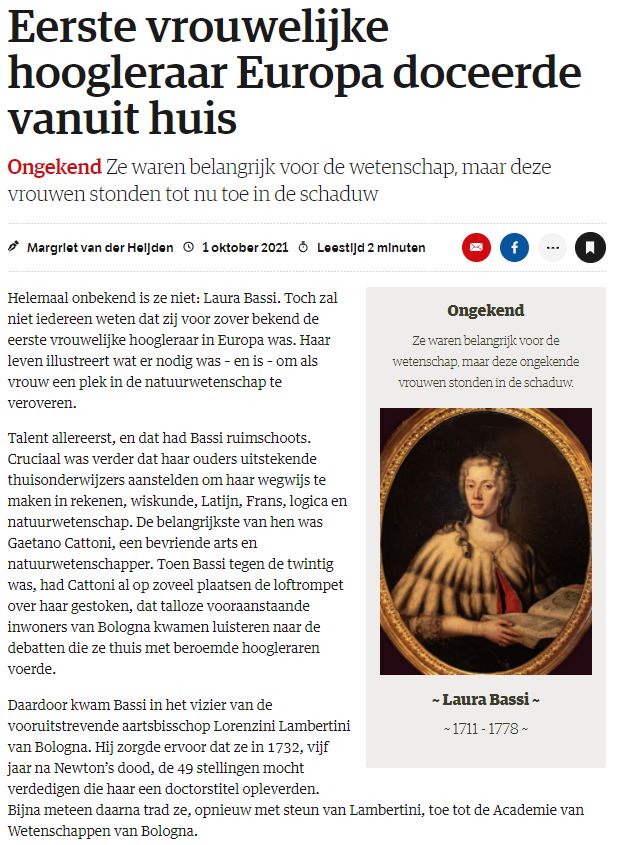